I’m having a bit of a rant today because, quite honestly, I’m fed up with romance authors promoting their books in my face.  Don’t get me wrong, I’m all for writers getting together and helping each other out.  Since starting an account on Twitter (@helenafairfax, if you’d like to join us!) I’ve met up with some lovely authors and book-lovers and I’ve enjoyed hearing what they’re writing about/reading.  On the other hand, I’ve been hounded and stalked by people and organisations promoting their own stuff.  Here’s just a couple of examples which have appeared in my Twitterfeed in literally the past half hour:

“You won’t be able to put it down”-Amazon reviewer on *This Awesome Romance Book* by *@awesomeauthor *Only $3.99!

“Sat down to read this, and couldn’t put it away” says one review of *My Awesome Romance Novel*  http: myawesomebook

Do people seriously check out new authors on this basis? Maybe, but personally I find it a total turn-off.

There was a time (innocent times!  how I miss you!) when I would have read through the reviews on Amazon before buying a book.  Ha!  Does anyone still actually do this?  First of all, it started with the author’s friends and family writing 5-star reviews.  It’s kind of them, and they mean it for the best, but usually you can spot a family reviewer a mile away.  They’ll say something like “I love Paula’s book and am recommending it to all my mates!”  Note the use of the first name (Paula) and the fact that the reviewer doesn’t say anything at all about the content of the book.  Have they actually even read it?

But in recent times there have been a couple of more serious trends which make online reviews even more suspect, whether one-star or five-star.  The first is the use of sock puppets.  Up until recently I had no idea what this meant, but apparently it’s when an author sets up an account on Amazon or Goodreads under a different name, and proceeds to give his own book a glowing review and his competitor’s a terrible one, under the assumed name of his “sock puppet”.  Seriously – who would do that?  Desperate, or what.

The second is the fact that authors have apparently been paying for reviews!  There was a famous case recently involving the (best-selling) author John Locke, who, along with hundreds of other authors, paid Todd Rutherford’s website GettingBookReviews.Com to post reviews.  You can read all about this scam in this excellent New York Times article, which finishes by saying: “The system is enough to make you a little skeptical, which is where Mr. Rutherford finds himself. He is now suspicious of all online reviews — of books or anything else.”  Surprise, surprise!  Thanks, Mr Rutherford.  Thanks to you and your kind, now we’re all sceptical*!

Here’s a quote from another excellent article by  Dear Author, a romance review site I’ve grown to love:  “Readers are already skeptical of online reviews, and at some point, reviews as a whole could become so suspect that they will no longer provide the indirect marketing so many authors and publishers depend on. What then?”

Yes, as this author so rightly says, what then?  I’m a writer, but I’m also a reader and I love to read romance novels as much as the next person (in fact more than the next person, apparently, according to this recent comment on my blog!), and I especially love hearing about new books and new authors I haven’t come across that I might enjoy. 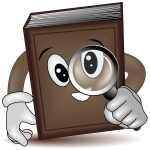 But what do you do if you start feeling you can’t trust a single review you read?  Well, in desperation I’ve done a lot of research until I’ve finally found three reliable romance review sites in which the reviewers give thoughtful analyses of exactly why a novel works/doesn’t work for them.  And how do I know these reviews are honest?  Well, one major factor is they don’t just say “the dialogue is brilliant” or “the characters are well-drawn” without giving examples from the novel which prove their point.  Nowadays it takes more than a “This novel is unputdownable!” for me to waste precious money on yet another badly-written book.

And the three romance novel review sites I rely on are:

Another way I’ve discovered new authors is by asking my blog-readers for comments/recommendations.  Thanks to anyone who’s ever done this – I’ve gone on and tried your suggested authors and loved them!  Any more recommendations are always appreciated – and if you know of any other romance review sites I can try and trust, please let me know in the comments.  I’d love to hear from you!

* sceptical is the correct British spelling.  See my post on Britishisms and Americanisms for more on the great language divide

18 thoughts on “Yes! Some romance novel review sites I can trust!”