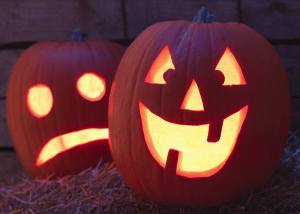 Author Stan Hampton, Sr is becoming a regular contributor to my blog.  Stan has returned today with some thoughts in anticipation of Hallowe’en, plus a creepy extract from his novel An incident on MSR Tampa.

For those of you who haven’t met Stan Hampton yet, here’s an introduction:

SS Hampton, Sr. is a full-blood Choctaw of the Choctaw Nation of Oklahoma, a divorced grandfather to 13 wonderful grandchildren, a published photographer and photojournalist, and a member of the Military Writers Society of America. He retired on 1 July 2013 from the Army National Guard with the rank of Sergeant First Class; he previously served in the active duty Army (1974-1985), the Army Individual Ready Reserve (1985-1995) (mobilized for the Persian Gulf War), and enlisted in the Army National Guard in October 2004, after which he was mobilized for Federal active duty for almost three years. Hampton is a veteran of Operations Noble Eagle (2004-2006) and Iraqi Freedom (2006-2007). His writings have appeared as stand-alone stories and in anthologies from Dark Opus Press, Edge Science Fiction & Fantasy, Melange Books, Musa Publishing, MuseItUp Publishing, Ravenous Romance, and as stand-alone stories in Horror Bound Magazine, The Harrow, and River Walk Journal, among others. Second-career goals include becoming a painter and studying for a degree in photography and anthropology—hopefully to someday work in and photograph underwater archaeology. After 12 years of brown desert in the Southwest and overseas, he misses the Rocky Mountains, yellow aspens in the fall, running rivers, and a warm fireplace during snowy winters. As of December 2011 in Las Vegas, Nevada, Hampton officially became a homeless Iraq War veteran.

Forget about the ills of the world!

It is time to look at the world with the eyes of a costume-garbed child wearing a mask and traipsing through the chilly night, bag in hand, looking for homes with porch lights on—the sure sign of someone waiting to hear “Trick or treat!”

The full moon (October 18) will have come and gone by then, but that is okay. After all, there is something magical to the silvery light of the moon that is so bright it burns away the light of nearby stars. There is no telling, when no one is awake to see, what doorways may have opened during the night when the only sound is the chilly wind. There is no telling what doorways remain open just a crack so that on Halloween night shadowy shapes might slip into our world.

Until then, perhaps these shadowy forms might hide during the daylight hours in the nooks and crannies of buildings and homes, even near-abandoned streets, unseen by those of us who go through our daily activities in the light of the sun. But then, at night—perhaps it really is a cool breeze that touched your cheek and the back of your neck. Or perhaps it was something else.

Maybe, just maybe as you are carving a pumpkin, something is watching you. Maybe you do not feel a presence, or maybe sometimes you look up, as if expecting to see someone. Or something. Maybe you even look over your shoulder, just to be sure. Once your finished carving your pumpkin and you put a little candle inside to see how it will look on Halloween night, maybe the flame leaps and flickers more than usual, as if it had a life of its own.

If you do not notice anything, maybe your dog—if you have one—does. Maybe your dog is lying down, but the eyes are wide open like it feels something nearby. Or perhaps your dog will suddenly sit up and look around as if looking for someone, or something. If the dog wags the tail, that is good. But if your dog looks around and then sidles up next to you and keeps looking around, that may not be so good.

Yes, I always enjoy Halloween. The night comes earlier, the air is crisp and smells of fireplace smoke from nearby homes, and homes are decorated inside and out. Glowing pumpkins are scattered throughout the neighborhood, adding a flickering glow to misty street lights and faintly flickering stars.

But I often wonder, what if there is more to this world than we see? What if, in the quiet of the night, the full moon presided over opening doors and the doors remained open for Halloween?

What do you think?

“An Incident on MSR Tampa.”

BLURB: Halloween Night, 2006 – a resupply convoy commanded by the Air Force and escorted by Army gun trucks, is leaving Kuwait for Baghdad. The lonely desert highway north is MSR Tampa, a bloody highway along which for years the convoys suffered insurgent attacks. And on MSR Tampa there is a particular wooded bend that no one speak of, though many know of its haunted reputation, a reputation given new life by a gun truck crew testing a new generation of enhanced night vision goggles…

EXCERPT: …It wasn’t long after the safety briefing that the crews mounted their gun trucks. Purple Dog led the way out of the CMC, past the camp, past a small civilian parking lot and a mosque with a tall graceful minaret, and across the highway. They paused at the border control point while Cordova presented all of the required customs documentation for the convoy. Border control was manned by Iraqi Police that no one trusted.

A hot night wind moaned across the desert. They sat behind closed ballistic windows, shrouded within engine heat, and the claustrophobic grip of the hot IBA.

Harland stared out the narrow, dusty window at the large closed gates in front of him. The gates were made of heavy wood beams with diagonal cross-beams overlaid with layers of darkly gleaming razor wire. Strangely, the razor wire was all on the inside of the gate, facing the moonlit desert ahead of them. A shudder went through him as he realized each gate was decorated by the large bleached skull of a ram. The empty eye sockets above the pointed, splintered snouts stared at him; large ridged horns curled backward from the skull before flaring outward in another curl into deadly tips. Like a mythical doorway that was built to keep people out, or keep something in, the gates spanned the dusty, rutted road that led to the dimly lit village of Safwan up ahead.

“Damn, Sarge,” Bonner said over the intercom. “I love these Cyclops. The night almost looks like day. And…more.”

“More?” Harland answered and looked up through the opening in the roof of the gun truck. Bonner, with the ENG/NVG lowered to his face, looked like an alien with a deadly snout. Where his flesh was visible, it looked ghostly white. Every time he moved there seemed to be a faint, colored ripple in the air.

“Yeah,” he chuckled and looked down at Harland. The eyepiece in the center of the ENG/NVGs glinted. “I don’t know. It’s hard to describe. It’s like you’re so damned white, your face, and I see colored ripples all around you like, like, when you throw a rock in a pond.”

Harland grunted. He remembered the faint ripples when he had tried Cyclops back in Boston. Matherson had said there were minor software problems with Cassandra that would soon be fixed.

Puffs of sparkling windblown dust tumbled toward them through the thin desert brush.

“Hell of a time to go out on a mission,” Bonner said. “It’s Halloween night.”

“Feels damned spooky,” Bonner said. “Feels like the headless horseman is gonna come riding out of the night any second now. These Cyclops don’t help any, either.”

Moonlit dust washed over them, and the sand scratched against the ballistic window and the metal skin of the gun truck like skeletal claws on a blackboard.

Harland watched the swirling dust blowing across the desert and thought of the many bright, smoky explosions of IEDs, burning trucks, and shattered bodies, along MSR Tampa. He thought of the violent IED that had clawed at his own gun truck as if hungrily seeking him out.

He shuddered as he stared at the silent, sightless horned skulls that trembled in the desert wind. He had a sudden deep and primeval feeling that the gates were built to keep something in…

Thanks for coming back and giving us that chilling extract, Stan.  I can just imagine you sitting round the fire and terrifying your grandchildren with your stories!

Do you believe in ghosts?  Have you ever had a ghostly experience that can’t be explained?  If you have any questions for Stan, or any comments at all, please let us know.  We’d love to hear from you!

7 thoughts on “A Hallowe’en tale of a desert haunting”