Author Stan Hampton, Sr, has become a regular contributor to my blog, and ours is one of those unlikely friendships that could only spring up through the world of the internet.  I’m a romance author, full-blooded Irish (well, maybe some French in there, too), I live in a small, peaceful town on the edge of the moors in northern England, love knitting and training my dog, and live about as far from conflict as you could get.

Stan Hampton, Sr. is a full-blood Choctaw of the Choctaw Nation of Oklahoma, living in Las Vegas, Nevada.  He retired from the Army National Guard with the rank of Sergeant First Class, and previously served in the active duty Army (1974-1985), the Army Individual Ready Reserve (1985-1995) (mobilised for the Persian Gulf War), and enlisted in the Army National Guard in October 2004, after which he was mobilised for Federal active duty for almost three years. Stan is a veteran of Operations Noble Eagle (2004-2006) and Iraqi Freedom (2006-2007). His hobbies and studies include painting, photography and anthropology.   As of December 2011, Stan officially became a homeless Iraq War veteran.

With an unlikely acquaintance such as ours, it’s apt that Stan has come along today to talk about the nature of friendship, and what it means to him.

That’s What Friends Are For 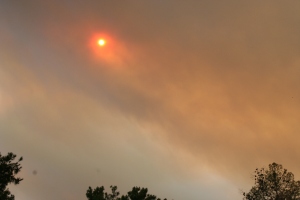 “Blood is thicker than water,” so says an old saying.

Yeah, right.  As we all know, that is not always the case.

Sometimes when families will hurt you, abuse you and use you, the only people you can turn to, and who will always be there, are friends.

I am not referring to “fair weather friends” who will be there as long as it is convenient for them and you do not inconvenience them. I am referring to true friends who will be there day or night, whether you need to talk with someone or you need help. Your true friends will not always say “yes” nor will they always be on your side—most of all, your friends will always be honest with you. They will tell you when you are wrong and they will offer advice or help even if it is not exactly what you are looking for.

At the same time, you, as a friend, will not use or abuse those close to you. They deserve better. You will listen when they are sad or depressed, you may call just to say “Hi,” and you will be honest with them when their actions are hurting themselves or others. After all, is it not important to treat others the way you want to be treated?

In today’s world, “friend” is another one of many overused words. People say they have dozens or hundreds of friends, even though such friends are nothing more than a social or business acquaintance.

I tend to be a very reserved person; I am not a social person. There are very few people that I go to lunch or dinner with, or meet for a beer. It is just the way I am. Yet, I know that if I need to talk with someone or I need help, there will be many people there for me, just as I will be there for them.

Why? In my particular case, it is because I served in the Army National Guard; each state has its own Guard. Though there might be many units, the number of serving personnel is small. Word gets around as to who is a good person, a good Soldier, and who is reliable. Perhaps I have established such a reputation among the units I served in and the people I served with. If so, then I am grateful and humbled that people may think of me that way.

So, we come back to the idea of friends. Remember, friends are special. In this self-centered world of ours, if we can count the number of true friends on one or two hands, then we are fortunate.

Many years ago there was a very popular song: That’s What Friends Are For was written by Burt Bacharach, and sung by Dionne Warwick. There are numerous versions all over the Internet, but try this one.

While you listen to this song, think of your true friends, and consider if you are a true friend to others. Take a moment out of your busy schedule and call someone just to say, “Hi.”

Stan Hampton’s short story  The Sentinels was released by Musa Publishing on December 2011.

BLURB: December, 1941, and fresh Siberian troops from the Soviet Far East have launched savage counter-attacks against the German invaders. The Eastern Front is torn open with German units driven back, overwhelmed, or isolated. An exhausted Waffen SS infantry platoon outside of Moscow needs to know what the Siberians, hidden in a dark forest before them, are up to. A small patrol is sent into the snowy, otherworldly forest…

EXCERPT: A little more than a dozen snow encrusted German soldiers, remnants of a once strong motorized infantry platoon, grimly surveyed their surroundings. The frozen winter sun cast a feeble light across their outpost on a small rise overlooking a snowy road that bordered the forest before Moscow. Above them gray clouds painted with broad pastel strokes of reds, yellows, and purples drifted across the twilight sky.

“The sun’s going down,” Josef Frank said to no one in particular as he adjusted his leather “Y” straps on which to attach his field gear. He carefully checked his 9mm MP 38 submachine gun. In the savage cold their weapons and ammunition were scraped clean of lubricating oils because the oils froze and jammed the weapons. Even then, successful operation was no guarantee. His weapon sometimes fired only one to two rounds at a time. Then he checked the leather magazine pouches fastened to his belt—three magazines, thirty rounds per magazine, ninety rounds, and one “potato masher” stick grenade tucked in his belt. That was all he had left to face the fresh Siberian troops lurking somewhere within the dark forest before them—the last barrier that hid the suburbs of Moscow.

He glanced at the gaunt men wrapped in all manner of clothing to protect themselves against the painful cold. In that snowy otherwordly environment, it was sometimes hard to remember that he was an SS-Unterscharführer, a sergeant and a squad leader, in a much decimated Waffen SS motorized infantry battalion. All that was left of his platoon was gathered on the rise—an MG-34 gunner and his assistant, a trio of riflemen, a light mortar manned by two soldiers, and a pair of soldiers with a Panzerbusche 39 anti-tank rifle. Plus, he and his squad of three surviving soldiers who would soon creep into the forest to see what the Siberians were doing.

Their ground was no more than twenty feet higher than the surrounding terrain, and though it gave them a good overview, they were also sitting ducks. Low moans and an occasional cry came from among the scores of dirty white forms sprawled on the snowy slopes of their small rise of land. The shapeless forms trailed from the shadowed edges of the vast forest…

The Sentinels is available from Musa Publishing

Thanks for your thought-provoking post, Stan, as ever.  And I loved the atmospheric excerpt from your story.

What does friendship mean to you? Does Stan’s post resonate with you?  If you have any questions or comments at all, please let us know.  We’d love to hear from you!