For the past couple of weeks I’ve been introducing some of my fellow graduates from the excellent New Writers’ Scheme, which is run by the UK’s Romantic Novelists’ Association. Today it’s the turn of the lovely Teresa Morgan.

Normally I give my guests some tea and cake, and I happen to have an abundance of choice at the moment because my daughter’s home on holiday from New Zealand, and I’ve bought all the good things that are available here, but not in NZ – and specifically, Wensleydale cheese. There’s a veritable cheese fest going on in my fridge, and in the time-honoured Yorkshire tradition there’s also some fruit cake to go with it. 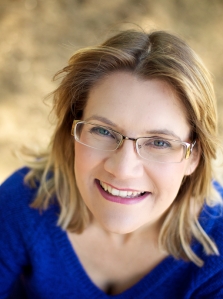 Where do you live, Teresa? Sunny Weston-super-Mare, North Somerset.

Oh, that usually is sunny! I hope there wasn’t any flooding there over this terrible winter.

Where is your favourite place in the world? I haven’t travelled many places unfortunately, but I would have to say New Zealand. I would love to go back and see more, plus revisit some favourite towns again like Rotorua.

What a coincidence that my daughter’s here! She remembers Rotorua, the Thermal Wonderland and the warm mud baths very well!

Being a writer is a great job. What’s the worst job you’ve ever had? I think my worst job was working for a sort of call centre, where the phone never stopped ringing, and being customer service, all the calls were complaints. I did it for about a month!

What a soul destroying time it must have been :(

What book do you wish you’d written? The Harry Potter series, of course! J K Rowling is a genius for creating such a fantastic magical world.

What’s your favourite song? I have lots of favourites really as music generally lifts me up, especially when my spirits are low. But I love Stand By Me by Ben E King. I have it on vinyl. Now I’m showing my age.

That’s a great choice, especially at times when you’re feeling down.

If you could meet anyone in the world, dead or alive, who would it be and what would you say to them? Henry Cavill – Will you marry me?

What’s your happiest childhood memory? One of my earliest memories is sitting watching Mary Poppins in the cinema. (They must have been re-showing it because this would have been in the late 1970s or early 1980s.) My brother had to sit in front of me – I can only assume we had to be split up because we were late in. What sticks in my memory is my younger brother laughing so much, he was wriggling in his chair watching the penguin scene – when they go to the fairground etc. He found it hilarious when Dick Van Dyke pulled his trousers down to give him legs like the penguins to dance with them. My brother was giggling so much, I found that more funny (and obviously very memorable to this day) than the actual scene, but it is the reason I love Mary Poppins so much.

I went to see that film at the pictures with my brother, too! And also Chitty Chitty Bang Bang. They both really stuck in my mind.

If you had to marry a fictional character, from film, television, or books, who would it be? Superman! (Nothing to do with Henry Cavill… oh, okay, he helped. But I was a big Christopher Reeve fan too).

What’s the most important lesson life has taught you? Time is a good healer.

That’s very true, although sometimes it’s hard to believe time will ever make a difference. 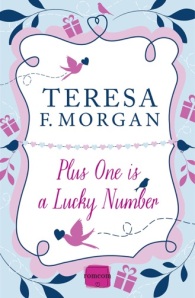 My debut romantic comedy novel, Plus One is a Lucky Number, was published by Harper Impulse on the 29th August 2013 and can be bought through all good ebook sellers.

Plus One is a Lucky Number blurb:

Sophie’s going to a wedding where the invite is strictly plus one… but with her single girl status not exactly fitting in with the bridesmaid dress code, and the best man being none other than the ex she would rather forget, Sophie needs a favour and she needs it fast!
Luckily for Sophie, her dreamy but distant co-worker Adam Reid owes their mutual friend James big time…and his gorgeousness more than fills the role of the ‘Perfect Boyfriend’!
As they take off to the sunny shores of Cornwall for the wedding weekend, it’s not long before pretence leads to passion and Sophie and Adam must decide; is their relationship real or is it all for show?
Buy Links:
Amazon UK
Amazon US
Harper Impulse – for all buy links.
Add on Goodreads
Kobo

A wedding in Cornwall – so romantic! Thanks so much for coming all the way from Somerset, Teresa. Do help yourself to more cheese and crackers :)

I hope you’ve enjoyed hearing from Teresa. If you have any questions for her, or any comments at all, please let us know. We’d love to hear from you!