You may have heard that the Tour de France is about to start in Yorkshire next weekend, and we Yorkshire folk are bursting with pride at having our county at the heart of this world-class sporting event. Last year the travel guide Lonely Planet named Yorkshire one of the best places to visit in the world, and so I thought this week I’d showcase one of the many beautiful areas in Yorkshire.

Plumpton Rocks is a little known and breathtaking spot in north Yorkshire. The rocks are at the centre of an eighteenth century landscape garden covering over thirty acres, and the man made lake was described by Queen Mary as “heaven on earth”. In my photos you can see the dramatic millstone grit rock formations that give Plumpton Rocks its name. The rocks go by such names as Lover’s Leap, Lion’s Den and Needle’s Eye, and the whole place is fabulously romantic, with quiet walks through bluebell woods and rhododendrons. I last visited on a Bank Holiday – a national holiday in England, and normally one of the busiest days of the year for sight-seeing – yet Plumpton Rocks was almost deserted. It was so quiet, you could almost believe yourself back in the eighteenth century, when the park was created.

Many artists have painted the landscape at Plumpton Rocks, including Turner, whose paintings you can see here on the Tate website on a second painting here. 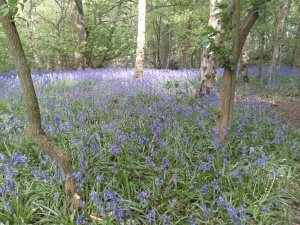 Plumpton Rocks are part of the Manor of Plumpton. The present Lord of the Manor is Robert de Plumpton Hunter (fab name!), who can trace his ancestry right back to Eldred, who held the Manor of Plumpton when the Doomsday Survey was taken in 1086. The Plumpton family have a long history, and have been represented in almost every battle “where streamed St George’s Cross”. For a romance writer – especially historical romance writers – the family and the location of Plumpton Rocks provide a wealth of material.

This is just one small spot of interest among many in England’s largest county. There are many other areas of great beauty in Yorkshire – as well as some not so great, where inner cities are run down and decaying.  I think writers can always find inspiration in their surroundings, no matter where they find themselves.

I hope you’ve enjoyed my photos and history of Plumpton Rocks. If you have any comments or questions, please let me know. I always love to hear from you! 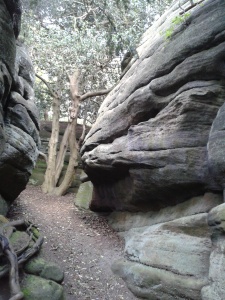 13 thoughts on “The romantic landscape and history of Plumpton Rocks” 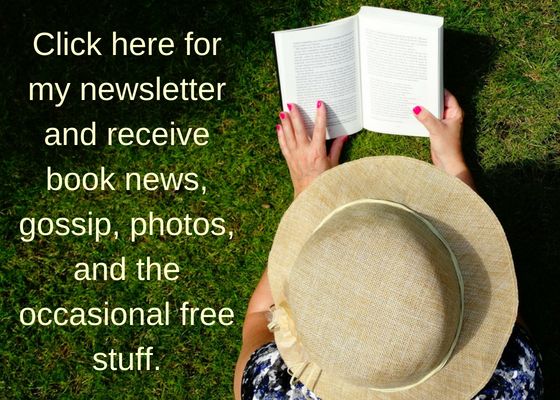