It’s a real pleasure to welcome author Chuck Bowie back to my blog, with some advice on how to cut your finest pieces of prose without crying. Thanks for coming, Chuck. And to everyone else – prepare to man up!

Kill Your Darlings (Or Don’t) 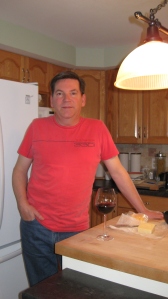 In 1914, Arthur Quiller-Couch said in a lecture:

“If you here require a practical rule of me, I will present you with this: ‘Whenever you feel an impulse to perpetrate a piece of exceptionally fine writing, obey it—whole-heartedly—and delete it before sending your manuscript to press. Murder your darlings.”

Faulkner, Ginsberg, and even Stephen King repeated this horrible advice. I say ‘horrible’ in the sense that medicine tastes bad, bad, bad. You don’t want to, but you do. (You make a face, but you swallow it.)

So, what does it mean?

Crudely stated, it would be a crime to enhance the physical attributes of the statues of the Venus de Milo or of David. A busty Venus would not make her more beautiful. And these, um, enhancements would in fact detract from the beauty of the work. We stare at the perfection of Michelangelo’s work and are reminded of his explanation of how his mind functions (I’m paraphrasing) when he says, ‘I just take a block of marble and chip away everything that doesn’t look like it belongs on my sculpture.’

Do you see where I’m going?

In my first novel, Three Wrongs, I included a one-page description of a meal. Every time I re-read it, I was hungry. I wanted that food for days after reading that passage. Coincidentally, I wrote a half-page seduction scene, about five pages after the dinner scene. My editor came back to me: “Really? You spend all that time to describe a simple meal, yet there’s only a half a page seduction scene to let the reader know

I asked myself what the purpose of the food scene was, and realized my plot-related goals could be achieved with a paragraph or two. Filled with regret, I chopped the food scene, murdering my darling.

It doesn’t always have to have this ending. If you have a good relationship with your content editor, you can enter into a dialogue that goes something like this scene 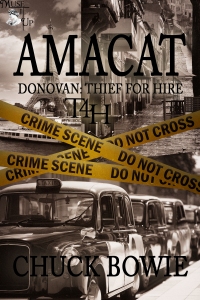 from my second novel: AMACAT:

Ed: Kill the scene on P100. It’s a chase scene where no one is actually being chased. Unnecessary.

Me: I think it tells a lot about the two being chased.

Ed: Help me to understand.

Me: The man is trying to keep the woman safe. The woman is being framed by persons unknown. They barely know one another, yet there is danger around every corner, including the murder/escape they just ducked out of. The so-called chase scene is really an opportunity for him and her to get to know one another better, who they are to each other.

What did I learn from these two experiences? Several things, really. I learned I don’t know everything there is to know about writing, not even my own writing. An experienced outside force can tell you truths you didn’t want to hear, but needed to hear. I learned a bit about looking at each scene, asking myself ‘Does every sentence serve a purpose: does it feed character development, pursuance of plot, connection to overall structure, efficiency of exposition?’

I had to chuckle at this following kernel of insight: Sometimes I am capable of writing a masterful scene, only to discover it’s from some book I haven’t yet written. It can be a thing of beauty, but just isn’t a part of the story being told. If it doesn’t push things along, or clarify, or provide some critical insight to the story, then I must get rid of it. Ask any writer who’s been at it awhile, and they’ll confess they have snippets, excerpts and sometimes whole passages they’ve chopped out of past works and placed in purgatory, until such time as a new role can be found for it.

Murder your darlings, indeed. Never! I merely brick them up in a sealed tomb, to be resurrected down the road. Now, into which file did I save that amazing zombie chapter?

In the Donovan: Thief For Hire suspense-thriller series,

His first novel, Three Wrongs, can be found here on Amazon US

His second novel, AMACAT, can be found here on Amazon US

Chuck is just finishing his third novel: Steal It All (in which, indeed, it all gets stolen.) He’s already excited about the fourth book, which begins this fall.

Thanks for the great advice, Chuck. Killing your darlings is one of the hardest things for an author to do. In the first book I ever wrote I had a whole passage where the heroine turned out to be a great singer. It was very moving, but totally irrelevant to anything else going on! That passage is now in a folder called Dead Darlings, waiting to be resurrected :)

I look forward to release of Steal It All. Good luck with completing it, and thanks so much for coming by!

18 thoughts on “How to kill your darlings: advice on literary murder from author Chuck Bowie”