It was a great pleasure to interview fellow Accent Press author Jane Jackson last year, on release of her historical romance, The Consul’s Daughter (you can read Jane’s interview here). I’m delighted to welcome Jane back today, with a fascinating article on the history behind her sequel, The Master’s Wife. 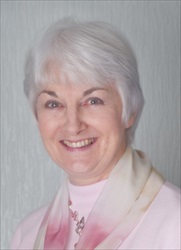 The impulse to write The Master’s Wife sprang from three sources. Though it can be read as a ‘stand-alone’ book, it is a sequel to The Consul’s Daughter (shortlisted for the RoNA historical prize 2016)

That book ended with Caseley and Jago having been through hell to reach their richly-deserved ‘happy ever after.’   However, though finding the person with whom you want to spend the rest of your life and overcoming all kinds of obstacles to finally make that commitment is an emotionally satisfying ending to a romantic novel, in real life it’s only the beginning of a new life as a couple with all the joy and compromise that entails.

After completing The Consul’s Daughter I wrote another historical romance, Crosscurrents (shortlisted for the Winston Graham Historical Prize 2016) but my mind kept returning to Caseley and Jago.  I have laughed, agonised, loved and wept with my characters even though I’m the one who created the situations that swept them from happiness to disaster.

I cherish the illusion that I’m in control.  The truth is that when I’m writing they aren’t ‘characters’, they are real people. Stepping into their world as an observer I’m invisible. But I’m also inside their thoughts and emotions, living the events with and through them.  I believe I know who they are and how they will react. Then they say and do things I hadn’t anticipated, revealing an unexpected aspect of their character.  I might have planned the route, but suddenly they are controlling their own destiny. That is both scary and exhilarating.

In 1881, seven years after the end of The Consul’s Daughter, Caseley has two young sons and can no longer accompany Jago on his voyages.

What is the worst that could happen to a loving mother, and how will she deal with it?   This is the story’s premise. But I needed a dramatic background that would echo the crisis Caseley and Jago are facing in their marriage.

I found it when I read Wilfred Blunt’s account of the 1882 uprising in Egypt – a war few in this country have ever heard of – which led to the British Navy’s bombardment of Alexandria.

This beautiful, cosmopolitan city, founded in 331 BC by Alexander the Great, grew to be the largest in the known world. Even as Rome reigned supreme, Alexandria remained prosperous and a magnet to visitors from all over the globe, drawn to the magnificent library of over 500,000 books.

Over the next six centuries it was ravaged by wars then rebuilt. By 646 CE Egypt was under Islamic rule and, according to Christian legend, Muslim conquerors burned the great library. By 1323 war and earthquakes had destroyed the city including the lighthouse of Pharos, one of the seven wonders of the ancient world.

In 1805 Egypt was a satellite state of the Ottoman Empire. Mohammed Ali was appointed viceroy, and the resurrection of Alexandria began. In the 1820s Egypt began growing cotton and by 1840 demand from Europe was making Alexandria rich. As wealth increased so did the importance of banking and commerce.

A rail link between Alexandria and Cairo in 1856; the Malta to Alexandria Telegraph in 1861; the cotton boom created by the American Civil War in the early 1860s; and the 1869 opening of the Suez Canal all increased prosperity. Important foreign diplomats established consulates and created a European-style atmosphere. The city remained the capital of Egypt until 1863 when Ismail Pasha came to power.

But by 1879 Ismail’s grandiose schemes had driven the country into bankruptcy. Deposed by the sultan in favour of his son Tewfiq at Britain’s insistence, Ismail left for Italy. Britain and France became joint managers of Egypt’s finances.

Taxed into abject poverty by Ismail and furious at Tewfiq’s close ties with British and French financiers, ordinary Egyptians had had enough and found a charismatic leader in Egyptian-born Colonel Ahmed Arabi.

Worried for the safety of the Suez Canal the British Government sent Admiral Beauchamp Seymour to Alexandria with fifteen Royal Navy ironclads to support khedive Tewfiq. A French flotilla joined Admiral Seymour which only strengthened nationalist feeling throughout Egypt.

On 11th June, after anti-Christian riots in Alexandria, the city’s European residents fled and the Egyptian army began strengthening the harbour forts. Admiral Seymour warned Colonel Arabi to stop the work or face his guns. The khedive (prompted by the British) invited him to the palace to discuss terms. But without the sultan’s consent Arabi had no power to negotiate. If he didn’t go to the palace, Alexandria would be fired on. If he did, he would be arrested and charged with treason.

At this point the French Admiral declined to take part and took his fleet to Port Said.

At 7.30 on the morning of 11th July, the British fleet began a 10½-hour bombardment that destroyed much of the beautiful city.

This offered a dramatic background against which to set Caseley and Jago’s journey to fulfil the mission with which he has been entrusted.  Why is Caseley with him?  Desperate to escape home and its tragic memories, believing this is the last chance for their marriage, she overrides Jago’s objections by reminding him she speaks French – the official language of Alexandria – and he doesn’t. For this at least he needs her.

My final source of inspiration was the attached magazine photo saved for twenty years. I vowed that one day he would appear in a story. We waited a long time for this moment. 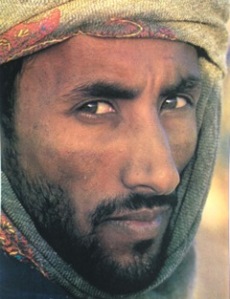 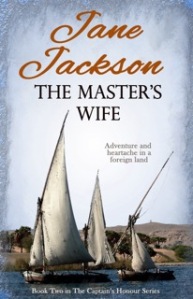 The second in The Captain’s Honour series by Jane Jackson, The Master’s Wife is a historical epic set in the 1880s. We follow Caseley and Jago’s voyage from Cornwall, England to turbulent Egypt as they undertake an important mission – but is their marriage strong enough to withstand the effects of loss, heartbreak, and danger that they both suffer? A powerful and impeccably researched novel by one of the most popular historical novelists around.

Thanks so much for coming back to my blog, Jane. What a fascinating time in history, and one I knew very little about until now. I enjoyed The Consul’s Daughter and really look forward to the sequel!

If you’ve enjoyed Jane’s post, or have any questions or comments at all, please let us know. We’d love to hear from you!