May is my favourite month. The garden is coming into bloom, the heather on the moors is tinged with green, and best of all – it’s stopped raining. It’s still too cold to sit with my guest today in the garden, though, but I’ve got a pot of tea for Maggie Cammiss, and – in good old Yorkshire tradition – some fruit cake and Cheddar cheese.

Good to meet you, Maggie! 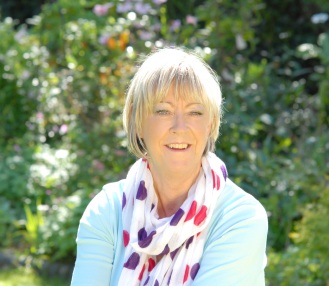 Where do you live, Maggie?  I live in Norfolk now, but I’m originally from Yorkshire and I spent all my working life in London.

Welcome back to Yorkshire :)

Where is your favourite place in the world?  Ooh, difficult question. Would I have to live there? I like visiting new places and love relaxing in the sun but I probably couldn’t live in a hot country permanently. I lived in the States for a year when I was much younger and absolutely loved it, and I’ve been back several times to explore different parts of that enormous country, but I would have to say England is my favourite place. I couldn’t manage without a decent cup of tea!

I’m with you on both the heat and the tea necessity!

Being a writer is a great job. What’s the worst job you’ve ever had?  I had a variety of odd jobs in my youth, including various shops, assembly lines, fruit and vegetable picking and a liquorice factory, but the worst one had to be selling encyclopaedias door to door. (I’ve just read your interview with Leah DeCesare from last month, and she said exactly the same thing. How funny!) I had absolutely no aptitude for that kind of hard selling. I lasted three days before I gave up and got a job de-thorning roses.

I’d never met someone who sold encyclopaedias door-to-door before Leah. That is funny that you did it as well – and hated it as much!

What is your favourite book?  Wuthering Heights, by Emily Bronte. A close second would have to be Behind the Scenes at the Museum, by Kate Atkinson, which really gave me the writing bug and set me on course.

If you could meet anyone in the world, dead or alive, who would it be and what would you say to them? This sounds a bit writerly, but I’d have to say Stephen King. I’d like to ask him how he does it! He’s such a master storyteller, regardless of whether you’re a fan of his subject matter. I’ve read his how-to book, On Writing, and he’d probably say there’s no magic bullet, you just have to apply yourself, but I’m pretty sure there’s more to it than that.

What’s your happiest childhood memory? Sitting on a windy Yorkshire beach with Mum and Dad, brother and sisters, eating sandy jam sandwiches and running in and out of the freezing cold sea. We didn’t seem to notice the weather.

My brothers and I used to do exactly the same. I have photos of us sitting on the beach in the rain.

If you had to marry a fictional character, from film, television, or books, who would it be?  Oh, this is a tough one. So many men, so little time! Actually, I’ve often thought that female writers get a raw deal, with everything we have to fit into our lives as well as writing, so (tongue in cheek, here) I think I’d be better off with a wife to take care of all that for me! I’m extremely happy with my new husband, but a housekeeper might work…. it’s got to be Jeeves, hasn’t it?

Oh, what a great idea. That would be brilliant. I’m surprised none of my guests have thought of that before…!

What’s the most important lesson life has taught you? When life gives you lemons, make lemonade! I spent a lot of time amusing myself in my childhood, when my brother contracted polio, and my parents’ attention was elsewhere. I had to become self-sufficient quite early on but in later life I’ve had to learn to believe in myself and to think, like the advert says, that ‘I’m worth it’.

I spent seventeen years with Sky News, managing a team responsible for accumulating, cataloguing and maintaining a news footage archive. Working in rolling news was like being in a revolving door – there was always something going on, day and night and I accumulated masses of interesting background material for my first two novels. There’s a romance at the heart of both novels, with the overheated environment of a television newsroom providing the setting. The characters and storylines are entirely fictitious but that doesn’t stop old colleagues asking if they feature – I tell them I’ve changed the names to protect the guilty!

Here’s the blurb for Breaking News: 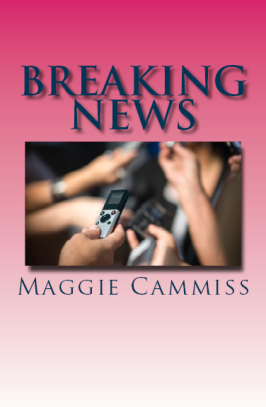 Television producer Sara Cassidy has her life all mapped out. She loves her job making weekly feature programmes for TV news channel UK24, and is looking forward to furthering her ambitions in the media. She is devastated when her fiancé makes a shattering confession but she hardly has time to come to terms with the betrayal when her closest friend is involved in a freak accident and Sara’s world is turned upside down once again.

As Sara struggles to maintain a professional perspective she finds solace in a new interest and a blossoming romance. But she has to be careful who she trusts in the cut-throat world of television news. Just as she is finding her feet again the career that means so much reveals its murkier side.

When she suddenly finds herself at the other end of the camera lens, Sara discovers that in the struggle for ratings, loyalty is in short supply.

Thanks so much for dropping in, Maggie. What an interesting career you must have had behind the scenes of the newsroom. There must be a wealth of inspiration for writers there. Breaking News sounds an exciting read!

If you’ve enjoyed Maggie’s interview, or have any questions or comments, please let us know. We’d love to hear from you!