It’s a while since I’ve interviewed an author on my blog, and so it’s a great pleasure today to host friend and fellow RNA member Sophie Claire. Sophie is a fellow northerner, too, albeit from across the Pennines. As a special treat for a Lancashire lass, I’ve brought in some Eccles cakes, and made a pot of tea (with Yorkshire tea bags, mind :))

Good to see you here, Sophie, and thanks for coming over on this cold and rainy day!

Where do you live, Sophie? (Let’s pretend I don’t know!)

I live in Manchester and have done since I was three. Before that my parents lived in Africa, where I was born, and they chose to settle in Manchester because it was halfway between Dad’s family in Scotland and Mum’s in France.

My parents took the opposite journey – going from Manchester to Africa. It must have been a culture shock to you to come to northern England.

Where is your favourite place in the world?

That’s easy! Provence. I spent my childhood summers there, staying at my grandparents’ house by the sea, and I draw on this inspiration in my books, which always feature a trip to Provence. When it’s raining in Manchester (as it often does) there’s nothing better than escaping to a sunny, sensual place – even if it is only in my imagination.

Being a writer is a great job.  What’s the worst job you’ve ever had?

None of them have been truly terrible and they’ve all given me valuable experience to draw on in my writing, but perhaps the one I least enjoyed was working in a fish and chip shop the summer before I went to university. Although I worked with a really nice team of people, the job involved late nights and serving drunken customers – and when I finished working there I had to bin all my clothes! Everything – even underwear! – because the smell of chip fat simply doesn’t wash out.

To some working in a chippie might sound the dream job – but I can well understand about the smell!

Difficult to choose. I’m Not in Love by 10CC. Dad used to play it in the car, so it reminds me of him, and I often play it whilst plotting books.

Great choice for a romance writer.

If you could meet anyone in the world, dead or alive, who would it be and what would you say to them?

I’d love to meet the primary school teacher who inspired the hero, Jake, in my book The Christmas Holiday. He was the most popular teacher in the school because he was good-natured and told jokes all the time (handsome too). We were eleven years old and, boys and girls alike, we all adored him. Then his wife became ill very suddenly and died. She was only 27, and I guess he was around the same age himself. He disappeared for a few months, and when he came back the change was shocking: he’d lost weight, there were shadows under his eyes and he never smiled any more. His grief was so visible that it really marked me. I left that school shortly after, and I’d love to know what happened to him, if he managed to rebuild his life, if he found love again. I hope he did.

That’s a terrible tragedy, and what a lasting impression it made on you. 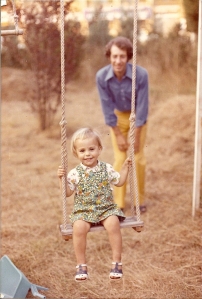 On a happier note, what’s your happiest childhood memory?

Every summer when I was a child, we used to pack up the car and make the two-day journey down to the south coast to stay with my grandparents who lived there. It was the only time in the year when we saw my French family because air travel was expensive back then. The weather was beautiful, and my sister and I loved going to the beach, which was only a walk away. But we also did a lot of day trips visiting the area. Picturesque and historic hilltop villages were a particular favourite, ancient monasteries, and when I was older, vineyards, where my parents would do wine tastings and stock up on wine to take home.

But my most cherished memories are of the times we spent together with my extended family gathered around the table, enjoying my grandmother’s delicious cooking. These family meals would last for hours, the wine would flow, and everyone was relaxed and in holiday mode. There would be lots of stories told, joking and banter.

At the end of the summer, we’d reluctantly climb back into the car, and there were always tears as we said goodbye to my grandparents for another year. The journey home was long and hot (no air-conditioned cars in those days!), but we knew we were lucky to have spent four weeks in such a beautiful and special part of the world.

What beautiful memories. And I love the photo!

If you had to marry a fictional character, from film, television, or books, who would it be?

It’s a while since I read it but I have such a good memory of Mr Thornton from Elizabeth Gaskell’s North and South, and I loved Richard Armitage’s interpretation of him in the BBC adaptation.

I totally loved Richard Armitage in that series :) And it’s one of my favourite books, too.

What’s the most important lesson life has taught you?

Persevere. It took me around 15 years to get published and in that time I had so many rejections and almost gave up writing many times. But if you follow your dreams and don’t give up, I believe the rewards are all the sweeter.

Finally, tell us about your new release, and where we can find it. 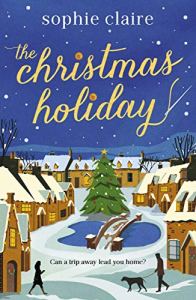 Can a trip away lead you home?

After a bad break-up, eternal optimist Evie Miller has moved to the small village of Willowbrook to finally pursue her dream of opening a craft shop. Unfortunately, with money worries and an ex-boyfriend determined to track her down, her fresh start isn’t going entirely to plan.

Jake Hartwood is also looking to escape his past. Haunted by the loss of his wife, he’s determined not to get close to anyone again – and the last thing he wants is to be celebrating this December.

Hoping to avoid the festivities, Evie and Jake arrange to escape Christmas together as friends in Provence. But will the magic of the season change things between them?

And what happens if one of them starts to feel something more?

And here is the buy link

Thanks so much for dropping in, Sophie, and for your thoughtful replies. I love the cover of your Christmas book, with its needlework font, and it sounds the perfect holiday read!

If you’ve enjoyed Sophie’s interview, or have any questions or comments, please let us know. We’d love to hear from you!

6 thoughts on “Good to meet you… author Sophie Claire”