We’ve been promised a heatwave here in Yorkshire, but it doesn’t appear to have arrived yet. Hard to believe the sun is going to shine at all, in fact. My garden is dripping wet, and the sky is a leaden grey. It’s a dismal day to welcome guests, but I’ve made Matthew Peters some hot buttered crumpets and a pot of tea, and that’s cheering us both up quite a lot!

Thanks for coming all the way to a rainy Yorkshire, Matt! 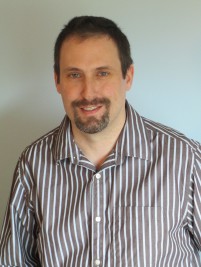 Where do you live, Matthew?  I live in North Carolina.

I’d love to visit some day. I’ve heard how beautiful the beaches are, and the coastline.

Where is your favourite place in the world?  My favourite place is Disney World. It’s impossible to be unhappy there. You are essentially closed off from the rest of the world whenever you visit. Walt designed it that way. Thank you, Uncle Walt!

I’ll second that! I’ve only been to Disneyland Paris, but it was magical. You can’t fail to be happy :)

Being a writer is a great job.  What’s the worst job you’ve ever had?  By far the worst job I ever had was working third shift at an educational testing corporation where my job was to supervise the scanning of nationally administered tests. I always shudder when I think of those days.

Everything about that sounds awful. I sympathise.

What book do you wish you’d written?  I wish I had written Lie Down in Darkness by William Styron. It was his first book, and, in my opinion, his best. How he wrote like that at such a young age is absolutely incredible to me.

I haven’t read any William Styron, but I will now.

What’s your favourite song? This is such a hard question. I love music, especially classical music. I listen to it all day as I read and write. While I have several favourite pieces my absolute favourite has to be Alessandro Striggio’s Mass in 40 Parts. It was recently discovered. The version conducted by Robert Hollingworth is my favourite. The music is like the laughter of angels.

I listened to some on Youtube and it was beautiful. Thanks for the recommendation. You might have heard of Allegri’s Miserere, too, which is equally magical. You can listen here.

If you could meet anyone in the world, dead or alive, who would it be and what would you say to them?  I would love to meet Jesus. I would ask if he were resurrected; the viability of Christianity rests on the answer to that question.

What’s your happiest childhood memory?  Digging for bottles near a creek behind an old rented house we lived in when I was nine.

What a lovely image that conjures up

What’s the most important lesson life has taught you? That you have to look out for yourself, and that if you don’t care about yourself, no one else will.

My latest book from MuseItUp Publishing is called The Brothers’ Keepers. Here is the back cover:

Most of us are familiar with Jesus’ parents, Mary and Joseph, and Jesus’ purported spouse, Mary Magdalene. But what about Jesus’ siblings? What role did they play in early Christianity?

Contemporary Jesuit and renowned religious historian Nicholas Branson is about to find out…and the answer will shake the foundations of the Judeo-Christian world.

It all starts with the murder of a United States Senator in a confessional, and the discovery of a strange religious document among his possessions. At the urging of his FBI friend, Branson joins the investigation. His effort to uncover the truth behind the murder draws him into the search for an eight-hundred-year-old treasure and into a web of ecclesiastical and political intrigue.

Accompanied by a beautiful, sharp-tongued research librarian, Jessica Jones, Branson follows a trail of clues, from the peaks of the awe inspiring French Pyrenees to the caves of war-torn Afghanistan. Along the way, shadowy powerful forces trail the pair, determined to keep safe a secret buried for centuries.

Thanks very much for coming all this way, Matt. It’s been a pleasure to meet you. Your novel sounds like a gripping read, and I love the sound of the heroine! Best wishes and congratulations on release.

If you have any questions for Matt, or any comments at all, please let us know. We’d love to hear from you!