A belated happy New Year – and apologies for the gap in blog posts for a whole month. First there was Christmas, then a virus and then moving house. I’m really glad to be back on track, and ready for the first authors’ Round Robin of the year!

And this month the topic is …

Thanks to author Rhobin Courtright for another excellent writing subject.

The hero or heroine of a novel is key to everything, and secondary characters are only there because they have an important supporting role to play in the main protagonist’s life. It can be tempting for writers to add in a secondary character purely for entertainment value or because they just love the character. A nosy neighbour who irritates the heroine; a little boy who comes out with adorably cute sayings; the boss at work who is a bully.
These all sound like interesting characters that could be fleshed out, but as a writer you have to ask yourself: what difference would it make to my hero/heroine if this particular character disappeared from the story? If the answer is ‘it would make no difference’, then you know your secondary character isn’t doing its job and will have to go – no matter how much fun they were! 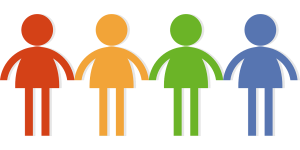 On the other hand, if the nosy neighbour has discovered a secret involving the heroine, then she’s playing a vital part. Perhaps the little boy is actually an acute observer, and his droll sayings teach the hero something about himself. Maybe the heroine has to find some inner strength in order to stand up to her bullying boss. In these cases, the secondary characters have a role to play and a purpose. They are integral to the hero or heroine’s story.

Secondary characters who are friends

Friends are the perfect foil for the main protagonist to show off his or her strengths or weaknesses. However, the friend shouldn’t just be a mirror image of the hero or heroine, and simply there to listen to them talk about themselves. The friend needs to make the main character change in some way, or else present a problem that the needs to overcome.

Here are some examples of friend roles that Schmidt cites:

Magi are wise and powerful friends who help the hero/heroine overcome a problem. My favourites of this type of character are the fairy godmother in Cinderella and Professor Dumbledore in J.K. Rowling’s Harry Potter series. I also love the wizard in The Wizard of Oz – a man who was supposed to be wise through the entire story, but turned out to be a fake. 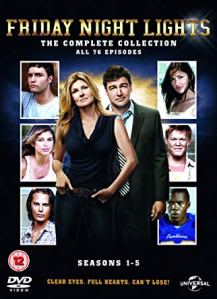 Mentors are friends who try to offer advice. They are more like the hero in that sometimes they are fallible themselves. My favourite mentor is Eric Taylor from the brilliant Friday Night Lights TV series. Strictly speaking, Eric Taylor is a main character, and not secondary, but I loved the show so much, I wanted to give him a mention :)

Another of my favourite mentor characters is the Artful Dodger from Dickens’ Oliver Twist. Apparently a friend and mentor, in reality the Artful Dodger is a hardened criminal whose first thought is for himself.

The best friend is a common secondary character, and one with lots of possibilities. Best friends 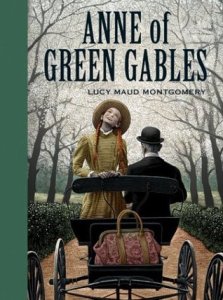 are bound to show the hero or heroine’s best characteristics because, in order to have such a friend, you need all the great personal qualities required for a deep friendship. However, best friends can also ruin things, and friends can also fall out, presenting main characters with a problem or a dilemma, and often forcing them to take a good look at themselves. Two of my favourite best friends in literature are Dr Watson – friend of Sherlock Holmes – and Diana Barry, best friend of Anne of Green Gables.

The lover is a character who offers love and security to the hero or heroine. This can be a romantic relationship, or the love between child and parent, or even the love of a beloved pet. I have many favourites of this type of character – too many to list! But I would say that sometimes these characters seem to offer ‘love and security’ but that comes at a price – for example, Mr Rochester in Jane Eyre, who offers Jane love, but on his own terms she can’t possibly accept.

Secondary characters who are rivals 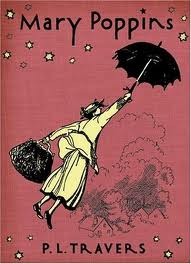 Villains add drama to a story, and often their opposition to the main character is obvious – they want to kill them, like Voldemort wants to kill Harry Potter, or the Wicked Witch of the West wants to kill Dorothy. But secondary characters who are rivals  don’t necessarily have to be evil. Scout and Jem have a sibling rivalry in To Kill a Mockingbird, but underneath the friction they love each other, and their relationship changes over the course of the book. Charlotte Lucas sees herself as a rival to Elizabeth Bennett for the hand of Reverend Collins, and Lizzie is astonished to find that Charlotte – the person she thought a friend – has resented her for her status.

One of my favourite rivalries is between Heathcliffe and Edgar Linton in Wuthering Heights. Catherine has rejected Heathcliff for a conventional marriage with Edgar, but complains of his ‘insipid attentions’. Her relationship with Heathcliff, in contrast, is unorthodox and full of melodrama and passion. On a completely different note, I also love the rivalry between Mary Poppins and George Banks, the father of the children she is nannying. Mr Banks is determined to run the house his way, but of course Mary Poppins wins him over in the end – even though he doesn’t realise it’s her doing.

Secondary characters who are symbolic

Sometimes a secondary character can be there as a symbol, for example, Tiny Tim in A Christmas 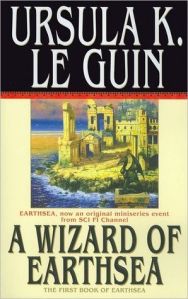 Carol, with his innocence and love for everyone, symbolises everything Scrooge ought to be. There is a fantastic symbol in Ursula Guin’s A Wizard of Earthsea – a threatening, evil shadow that represents all the bad inside the hero.

Usually I love spotting symbols in books and films – the rainbow that spells peace, the thunderstorm that symbolises the heroine’s inner turmoil, the bird flying that means freedom, etc. When it comes to characters as symbols, I’m not sure. I find that characters that are there as symbols often lack depth. They are there to represent one thing, but this can make them lack the roundedness of a character with a backstory and all the inconsistencies of a real life human being.

Thanks again to Rhobin for organising another interesting topic. If you’d like to find out what the other authors have written on the subject, please click the links below.